I know its been a while,but I haven’t given up blogging just yet. I’m trying this blogging by phone stuff so, bear with me if you see typos.

A lot has been going on.

A few weeks ago,I almost lost my brother. He was on his motorcycle and was hit by a car. The accident left him with a broken femur.

We were all amazed that,that was all he had. He had a few scratches but to say he was thrown about 40 feet and didn’t hit his head,we were grateful that he only had a broken leg.

Until the next day,

when he began to have trouble breathing.

The respiratory failure was the beginning of a series of events that led him to be put on a ventilator,

and having multiple strokes all throughout his brain.

Between the strokes and anoxia (lack of oxygen)my brother was in a state of semi consciousness. He could hear us and understand us,but he couldn’t move anything below the neck

and he couldn’t open his eyes.

We would let him know that we were there. Often times I’d see a tear in the corner of his eye and wipe it away,

reassuring him that I had him and he would be alright.

Because he wasn’t able to make any decisions,I had to make all decisions about his care. And I had to be real aggressive about it.  Doctors tend to think you’re going to agree with everything they want to do simply because they’re the doctors.

I don’t take my 20 years of nursing lightly.And when someone I love is depending on me to keep him alive,

I’m not going to agree with everything.

Once his brain had time to heal,he came back to us.

I have permission to use the pics.

Since my brother is home and doing so well,I’m able to get into the festive mood that’s in the air.

Last night,I went to the Krewe of Nyx 12th night meeting/party.  It was fabulous! King Cake and drinks flowed,we found out the krewe’s theme, our float number and had a great time reconnecting with fellow sisters. 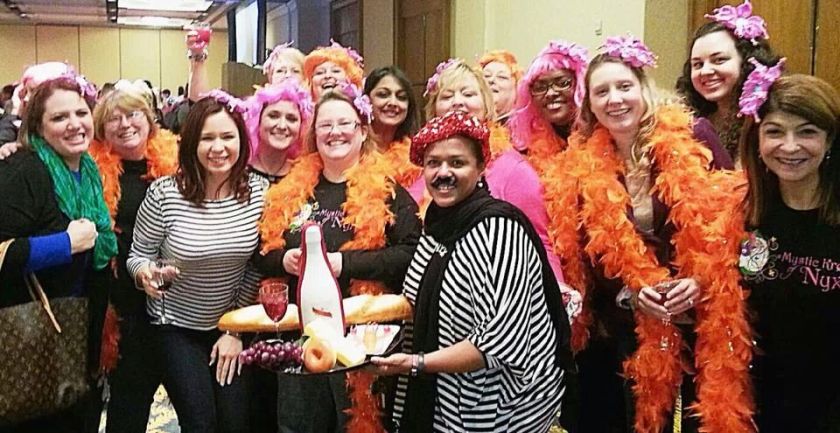 I don’t know what side or position yet but,I’ll post it when I find out.

I’m grinding out purses for the ride, but a few are for friends.

I’m also making a few wreaths.  I made this one for myself.

Who knew I had the creative gene?!

Next month,I’ll post pics of all the purses I’ve decorated.

Since this is carnival season, I’m going to try to post more often.

I’m glad to be back.

Follow The Life and Times of Bayoucreole on WordPress.com

Need to contact me? I’m just an email away.