On Monday, July 22, 2009, our beloved Edwin Hampton “Hamp” founder of the renowned St. Augustine Marching 100 passed away at age 81.  Mr. Hamp is so revered in this city that, all three major television stations did a tribute to him once the news of his passing was announced.  The Times-Picayune did an article regarding his legacy yesterday.

A humble man, he once stated that, he just” wanted to do something different.”  In reality, he was a man with a vision, a pioneer who broke through racial barriers as St. Aug became the first black band to march in a Carnival parade in 1967.  He instilled in those young men to have pride and integrity in everything and through his leadership, this high school band achieved national recognition.  They have performed for  various presidents, The Pope, The Rose Bowl Parade, Macy’s Thanksgiving Day Parade, The Super Bowl, have won countless competitions and just recently performed at The Essence Fest ’09 with a tribute to Maze (I’m sure YouTube has it out there somewhere.)

Mr. Hamp received  offers from hundreds of universities(Southern Jaguars and GSU included) to join their staff as band director, but, he refused them all…he loved those young men at St. Aug. He was a father figure to those who were in single parent homes and a second father to those whose fathers were there.

When you have a man that can make kids strive for excellence and maintain that standard for 57 years, there is something extraordinary there.

Some people seek greatness, they want to be famous and receive all the recognition and accolades that go with it.  Hamp was nothing like that.  He just “wanted to do something different.”

Because of his true love for music and the young men that attended St. Augustine High School he achieved greatness and the respect of an entire city.  His legacy will continue to live on through the young men who continue to grace the halls of St. Aug.  He will be missed, never forgotten and always loved by those of us who knew him.

Going Back To Basics

The closer it gets to August, the more nervous I get…it’s that post traumatic stress syndrome thing going on I guess.     I had to find a way to get rid of all of this anxiety so, I sat down and thought about what I enjoyed doing most…I am such a geek because I immediately thought of two things…reading and crocheting.

These are the two things that relax me the most…a glass of wine would also do the trick but, I’d be out like a light two minutes afterwards.

During my exile, I think I made 4  afghans…my poor hubby “Navy Seal” didn’t even know I could crochet.  I was buying all of this yarn and he said “ what are you going to do with all of that yarn?”  I told him I planned on crocheting.  He asked if I was taking up a new hobby…uh, I’ve been crocheting since I was 14 years old bruh.

I found some really pretty yarn and they had a nice pattern hanging up near it…the best kind of pattern….for free.

It took me three days to do this afghan, all that’s left is the edging and I’ll finish that in about an hour.

Here  is the afghan although, this picture does not do it  justice because the yarn is so pretty.  The second pic, I turned off the flash so that the details of it would show.

Now, I need more yarn and a bunch of books….it’s only July.

Happy Birthday To Us!

My daughter just celebrated her birthday a few days ago…oh yeah, me too.  I say it that way because, she was born on the same day as I and, she has pretty much “cached” that day from me ever since….15 years ago.  It’s pretty eerie actually because my mom was 31 when she had me on that day and I was 31 when I had her on that day…what are the odds of that happening?   What a way to spend your birthday…in labor.  My SIL knows that type of drama as well because, my niece was born on her birthday…what’s up with these daughters stealing their mom’s birthday in my family?

My son was such a happy baby…a good baby.  He never really got into anything much as a toddler…made me want to have another one…THEN I HAD “BEYELZABUB” and my world changed forever!  I used to hear people talk about those “bad red girls” … never knew what they quite meant…until I had one.   This girl would get into any and everything as a toddler.  At two years old she found a screwdriver, got under her play car and took it apart…every screw that was holding it together was out…made my brother “the mechanic” proud. She’s a good girl though, has a heart of gold. And I have never seen someone with such a magnetic personality….people fall in love with her…the church members, teachers… kids follow her like The Pied Piper…she should go into politics….Her dad has that type of personality….me, not so much.  I tend to be a loner.

Miss Yellow Jacket spent her birthday with her daddy(I had to work so, we’re celebrating today) and he spoiled her…naturally.   They went out to eat dinner at Copeland’s, then he took her shopping(her favorite hobby), to get a pedicure and manicure, and then…he bought her a new phone.  Oh, I forgot…he also redecorated her room at his house for her.  I went over to see it and it’s beautiful.

Thanks for upstaging me bruh…what the heck am I suppose to do today…more shopping?  Yeah, I know.

I don’t mind though, I had enough wonderful birthdays as a kid to last two lifetimes….this is her time.  I’ve found that childhood memories can really haunt you if they aren’t good ones.  So, I gotta go get ready for  what will certainly be a day in the mall, dinner somewhere and a whole lotta talking….teen-aged girls can talk a hole in your head! 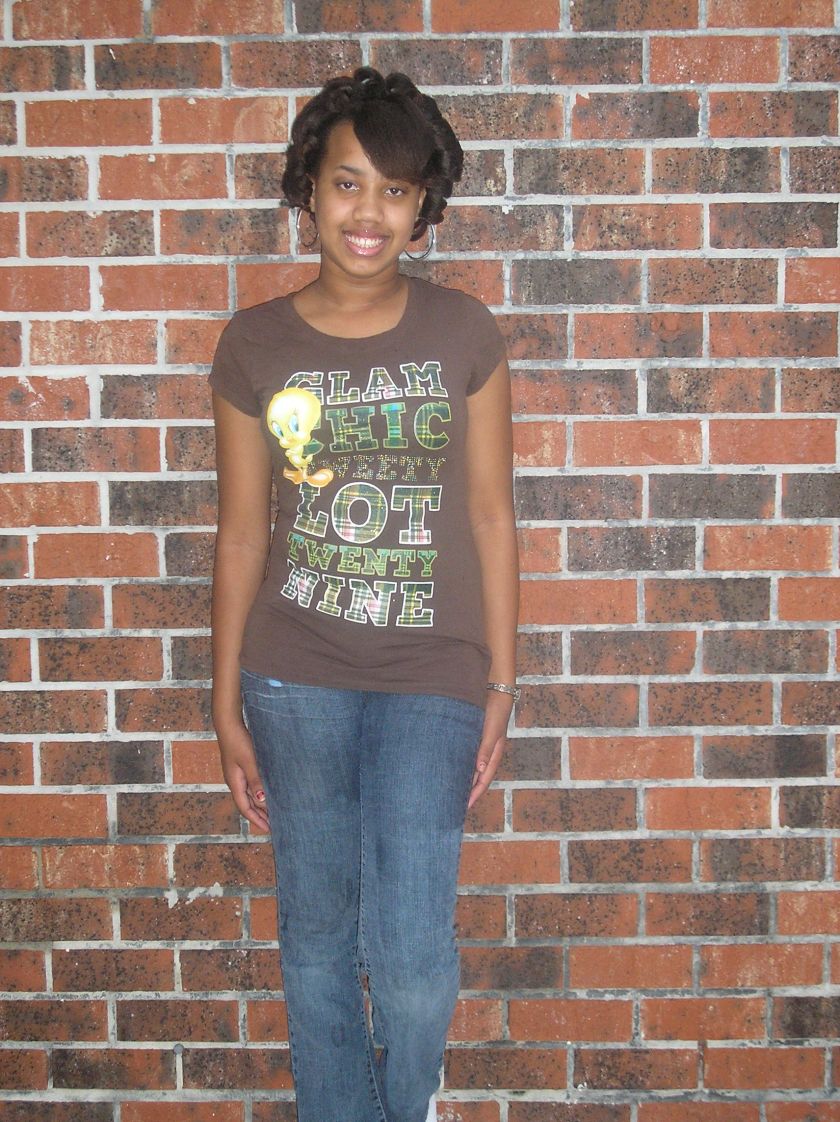 Follow The Life and Times of Bayoucreole on WordPress.com

Need to contact me? I’m just an email away.